The different types of cannabis oil

With cannabis oil being legalized around the world, more and more people are gaining an interest in it. There has been a massive increase in demand for cannabis oil in Canada since cannabis has been completely legalized there. But there are so many different types of cannabis oil that it can be overwhelming to a newcomer. Cannabis oil is in most cases just a form of a cannabis extract, but it will serve you well to have a better understanding of what process is involved to create each type of cannabis oil. 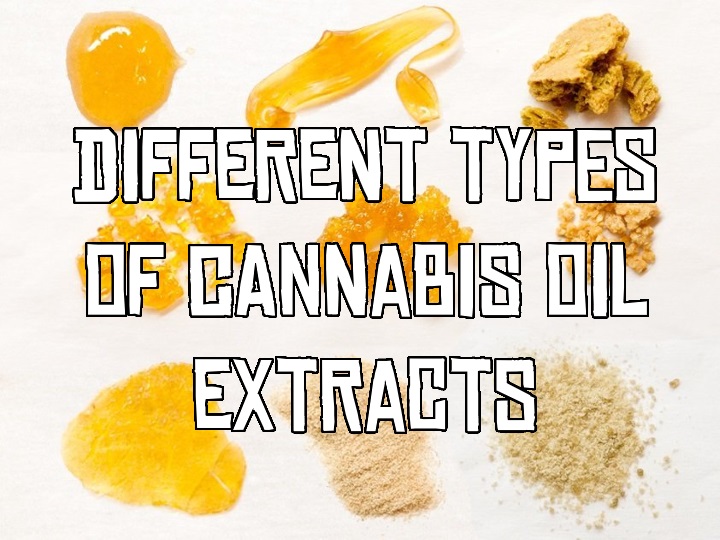 Cannabis oil Canada – Available in 2019 in the UK

Just this week Canadian based company Aurora cannabis completed their first shipment of medical cannabis products to the UK. The UK has recently made cannabis medicines available to patients when prescribed by a doctor. Thus patients that need cannabis-based medications like cannabis oils can now go to a doctor to get a prescription. Because Canadian companies like Aurora has been producing cannabis extracts for years, it makes complete sense for the UK to import cannabis-based medicines from Canada. This includes Cannabis oil from Canada. Cannabis oil and cannabis extracts are becoming a global export.

There are different types of cannabis oils

You might have heard a few different names used when people talk about cannabis oil or cannabis extracts. The names mostly differ based on the process that is used to produce the extract. Some processes are more involved than others, and producing something like distillate is much more complicated than for instance making RSO. The more you know about the process that is used to produce your cannabis oil, the more capable you will be to make an informed decision when it comes to selecting the right cannabis oil product for you.

Kief is by far the most common solventless cannabis extract. It’s a powder like substance that comes from cannabis flowers. By shaking and agitating the flowers, the kief is separated from the plant material leaving you with a powderlike substance that is high in THC.

Hash itself comes in a couple of forms: finger hash, bubble hash and dry sift. To make hash, THC rich trichomes are separated from the plant material and with the use of higher temperatures and pressure these trichomes are compressed into hash.

Rosin is often overlooked because some people are under the impression that you need expensive equipment to produce cannabis oil in the form of rosin. Rosin is produced but applying heat and pressure to the plant material. Under the raised temperature and pressure the oil seeps out of the plant material. Although this process is used commercially, it can also be done at home by using a hair straightening iron or t-shirt press.

When a solvent is used to dissolve the trichomes off the cannabis plant material, the end products is known as a solvent based cannabis oil extract. Different solvents are used, like CO2, butane, and even alcohol.

When high proof alcohol is combined with decarboxylated cannabis, stored for several weeks before the plant material is strained for the alcohol. What you are left with is commonly known as a cannabis tincture. It remains a liquid and can have a brown-green color. All the valuable cannabinoids leached out of the plant material and into the alcohol. 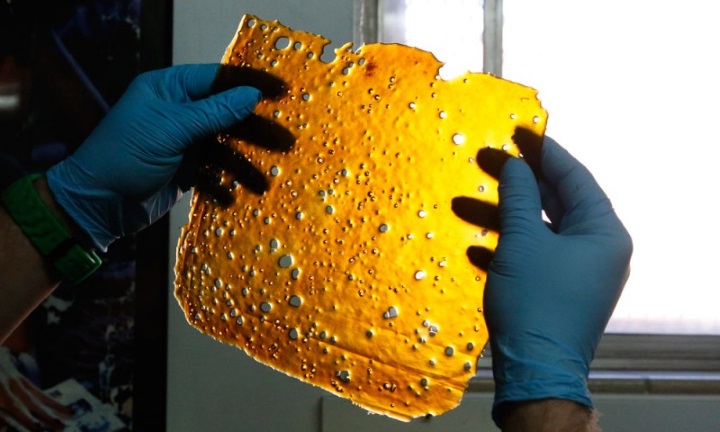 Shatter looks like a piece of yellow glass. When tapped with a dab tool it breaks, hence the name shatter. Shatter is very popular because it’s easy to handle and not nearly as messy as other stickier varients of cannabis oil. Storage is simple and breaking off a small piece for use is as easy as it comes with shatter if that is your chosen form of cannabis oil.

Pull and snap has a saltwater taffy-like consistency. Just like the name suggests, if you pull it eventually it will snap off the whole and you will have two pieces instead of just one. It’s normally a golden or honey color and looks almost like shatter.

It’s called wax because it looks and feels almost like candle wax. But even wax comes in different consistencies and textures. Depending on the consistency of the wax you have it can also be called budder, worse, honeycomb and crumble. Budder or Badder wax is much more viscous inconsistency which is gooey and can almost be stirred.

Here in South Africa, we have a chocolate bar called a Crunchy. The inside of the Crunchy was honeycomb and if you ever see honeycomb or crumble cannabis oil you will immediately understand where the name comes from. The term crumble is also used to describe wax that has already been broken up.

Crystalline is a solid product that remains when through many processes and filters to remove any plant material and solvents while preserving the THC. Crystalline looks like clear crystals and they can also have up to a 99% pure THC content.

Cannabis oil extracts that work for you

Not all cannabis oil extracts are the same, and some people prefer certain extracts over others. Personally, I prefer my cannabis oil extract in rosin form, because I feel it’s the purest form and gives me the best taste and flavor ranges because so many of the terpenes are easily preserved during the manufacturing process. Rosin also has no solvents and the lower the solvent levels in you extract, the higher the quality will be. What cannabis oil extract do you prefer? Have you got any questions about cannabis extracts? I’d like to hear from you in the comments below.