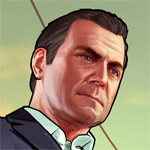 What would’ve happened if Salvatore Leone got out of the racket before it consumed him? Or if Tommy Vercetti bridled his criminal urges and retired to raise a family? Rockstar is looking to retired former criminal Michael, Grand Theft Auto V’s lead protagonist, to explore the narrative of a man at his breaking point with everything and nothing to lose. He thought he could buy his way into a life worth living, forsaking his past for the hope of domestic bliss. He likely never imagined that he’d become undone by the very urban excesses he spent his glory years trying to shore up. Or maybe he did; maybe he knew that he’d never be happy as a husband, that his wife’s love would grow cold and materialistic, and that he wasn’t the kind of man who could ever earn the love of his children. Its topics like these – not pulled from current events as much as directly observed from our collective living rooms – that pave the way for GTA V’s neo-anti-hero. 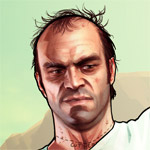 What’s so enthralling about Trevor is that he’s the mirror image of Michael. Whereas Michael is established and living the high life – Houser describes him as the GTA character that won — Trevor is stuck in a trailer park. He’s unhinged and untrusting. The pilot lives in filth and isn’t afraid to set a car on fire just because. He’s the dark night to Michael’s bright day, and while all we know is that these former friends had a falling out, it’s enough to be the most interesting story thread we know about GTA V. How could their paths have diverged so much? Does Michael’s place in witness protection mean he double-crossed Trevor? How will that dynamic play out in missions? We’ll have to wait and see. 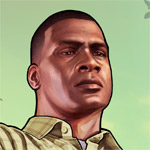 Franklin lives in South Los Santos and is the most traditional protagonist of Grand Theft Auto V’s trio, ex-street gangster who’s always looking for new opportunities. He’s a repo man working for Armenian luxury car dealership, which scams ambitious young hotshots by selling them high-end cars they cannot afford, only for Franklin to forcefully take them back when they default on the repayments. He’s befriended Michael after doing a job together and now Michael sees him as “the son he never had.”