This coming weekend Marvel Avengers (not to be confused with the trope of Avengers movies that was absolutely ridden into the ground to the point of absolute boredom) will have their open beta. The past weekend I had the opportunity to try the closed beta and below I’m listing some of my thoughts after managing to get through about 5 hours of gameplay. 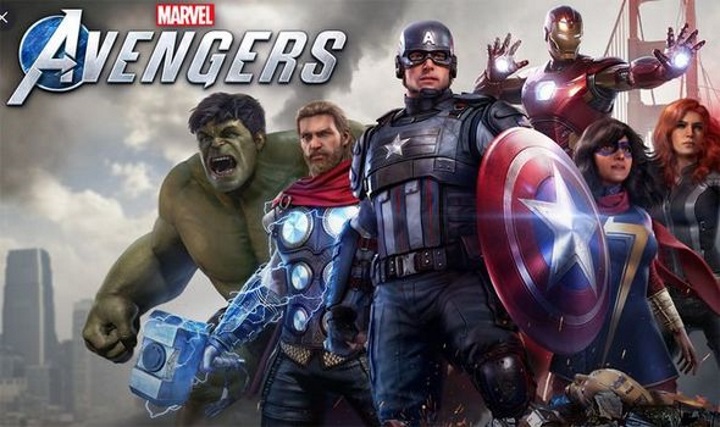 It’s a beta, and broken AF

It’s a beta, so bugs are to be expected. But sometimes bugs in betas/demos are so bad (cough, cough, Anthem) that it makes you lose all confidence in the game. My first big problem was that my sound kept bugging out. I would be left with dead silence if I was lucky, or just an ear-bleed causing screech of noise. The only wat this would go back to normal was if I disconnected my headset and re-connected it. I thought that maybe it was my controller or headset, but I tried both headsets I own (wired and wireless) and all three of the controllers that I own, and the problem persisted. The noise bug was so bad that I ended up playing a lot of the beta with no sound. Not a good look for a AAA title. There were also various times that my character would just freeze, leaving me unable to move or continue with the game at all. The only fix here was to restart the game and reload the mission I was busy with.

Sure it’s a beta, and like I said bugs are to be expected. But game-breaking bugs are not a good look, even in a beta. If you don’t believe me, just ask Anthem.

The graphics are really good, and I can see this game putting a strain on any system. During the beta, if there was a lot of action going on on-screen frames easily dropped to below 30FPS even on the console optimized version. I think they have built this game more for the more powerful next-gen of consoles, rather than just making it as smooth as possible for the current-gen that is on it’s way to retirement.

The Avengers trope felt old even before the gameplay began

I’m going to get a lot of hate for this, but the Avengers movies of the last 8 years have to be the most boring and predictable set of mainstream films of the past decade. Sure, fanboys by the millions turned up to see every one of the movies and the movies did continually smash record after record for box office opening weekends and earnings. But lets just keep in mind that millions of people listened to The Backstreet Boys, N’Sync and Justin Bieber. Just because something is popular, doesn’t mean it’s good. And the films have made that everything Avengers feels like it’s been done before and it’s boring as hell. As soon as the cinematics started for the intro to the game, I was already fed up with the Avengers. There might be something new in the future for the Avengers franchise, but you will not find it in this game.

Don’t get me wrong, Avengers fanboys will love this game, just like they loved the movies. But mark my words, in 15 years time all the fanboys will admit that they don’t understand why they liked the movies as much as they did. Don’t believe me? Just ask any Star Wars fanboy about Episode 1.

The characters and story

Remember that I had to play a lot of the game with no sound, so I might not have gotten the best story experience because I missed a lot of the dialogue. But I can say that Ms Marvel is just as annoying in the game as her character is in the comic books. She feels like a slapped on extra that was just put there for diversity’s sake. The token, not completely as white as Captain America, female. Ironman was fun to play, although his witty one-liners did get very repetitive. Thor with his “the Queen’s English” accent was fun to play with (throwing the hammer and catching it again is more fun than it sounds) but I do feel like Square Enix could have forked out for a better voice actor (actually the voice acting is pretty sub-par all around on this one). Hulk smash, but he can’t really take as much damage as you would expect Hulk to take. Never got to try my hand at Black Widow or Hawkeye.

For the most part, the combat with any of the characters can be a tad repetitive. It’s easy enough to just smash the same sequence of buttons to deal with almost all enemies, so you will have to mix it up for yourself to keep it interesting. Each character is different, but somehow also the same. They all have some light attacks that can easily be tapped into combos, with some form of ranged attack and then their special abilities. Sure, some can fly like Ironman and Thor but other than that and the looks or animations all characters felt very much the same. Maybe this weekend on the open beta I’ll be able to team up with some friends, and then it will be more interesting as the fights to play with Hulk of Ironman starts. Just FYI, Ms Marvel will be any serious gamer’s last choice of hero to play with. She really is that annoying.

The final verdict on the beta

I couldn’t start playing the beta on Friday, but I couldn’t create a Square Enix account needed to play the game. Their website servers seemed to have crashed under the pressure of journalists, streamers, “influencers”, bloggers and podcasters all tried to create accounts to be able to get hands on with the beta. Thus I could only start playing around Saturday afternoon.

It is 100% possible that it is just me, but I’m not a Square Enix fan. They don’t make games that I enjoy. I’ve never been into Final Fantasy, and although I’ve heard good things about Kingdom Hearts, I’ve never played it. I’m not an anime person, and Square Enix has always felt like they cater to the Asian market more, and then the Western culture anime fans seem to follow suit. If you are a fan of The Avengers movies, you will like this game because it will still be too early for you to admit that the movies were actually terrible. If the beta was what I based my purchasing decision on, I would definitely wait a couple of months after release for this game to drop in price substantially.

Let’s hope it improves for the full release of the game.