Vegans cry about the animal cruelty in Red Dead Redemption 2

While most of the world’s population has been enamored by the level of details found in Red Dead Redemption 2, vegans have been going out of their way to try and get the game banned worldwide. 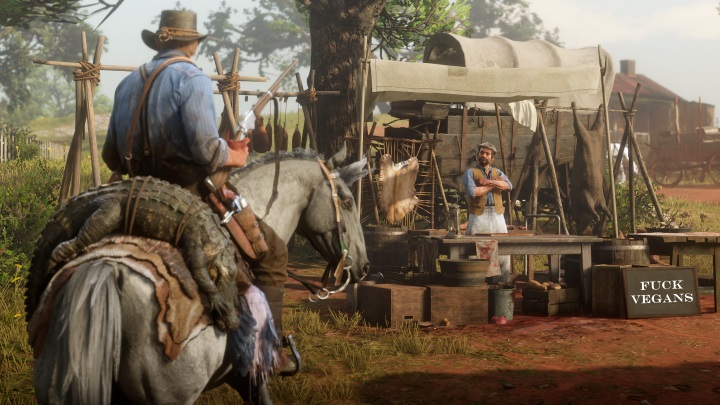 Red Dead Redemption 2 is so real, it inspires vegan tears

“There was no warning. Suddenly I had a bow in my hand and I was being forced to fire an arrow at a harmless deer. She was just standing there, in the snow, next to the water before… I didn’t even cry this much when my grandma died.” said Tunte Schwuchtel, a vegan gamer.

Red Dead Redemption 2 has gained much acclaim for it’s attention to detail and the immersive wild west gaming experience that it creates. From developing a relationship with your horse to cooking next to a campfire and crafting medicins from plants you find in nature, RDR2 has been praised for its realism.

Hunting is a big part of the Red Dead Redemption 2 fictional world. Not only can you hunt, cook and eat animals, but you can also sell their parts or use them to craft clothing and talismans.

The tears in Tunte’s eyes were as real as the RDR2 game itself: “The violence is grotesque. As if shooting a poor little bunny rabbit is not enough, then you have to skin it. When you skin the poor little rabbit you pretty much stick your fingers up its asshole before ripping the skin clear off. It’s almost like the creators of the game were trying to mimic skinning an animal in real life. Why would anyone want to do that?”

“These vegans that are asking for Red Dead Redemption 2 to be banned suffer from a psychological problem.” says Prof. Grund Vernunft, a research psychologist at Ludwig-Maximilian University of Munich. 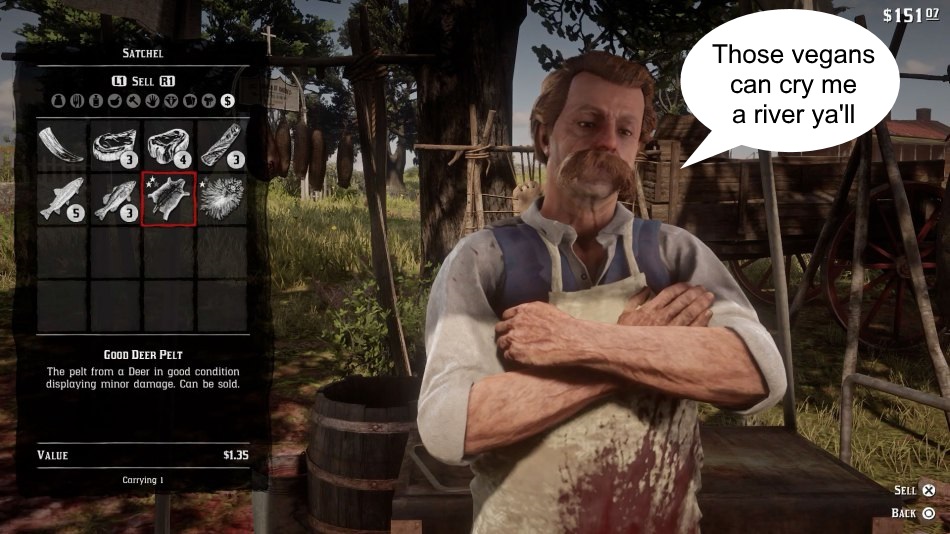 Prof. Vernunft recently conducted a study on vegans that became upset when witnessing the death of an animal in video games. The study was conducted by having vegan test subjects play video games where killing animals were not the main focus of the game, like Red Dead Redemption 2 and Far Cry 5. The same games were then played by non-vegans and vegetarians. While playing these games, the participants of the studies had their brain center activity monitored with EEG.

The limbic system in the brain is often tied to sexual arrousal, and that would explain why these vegans would then suddenly start experiencing shame only a few seconds after killing the animal in the video game.

The results of the study were not only interesting but also conclusive, says Prof. Vernunft: “Non-vegans and vegetarians were often saddened when killing animals, even if it was in the game. But the emotions soon passed, because those who are not vegans can think logically.”

But vegans brain activity responded in a completely different way to killing the animals in the video games.

“What we noticed with vegans is the activation of the limbic system in their brains while killing the animals in the video game. The limbic system in the brain is often tied to sexual arousal, and that would explain why these vegans would then suddenly start experiencing shame only a few seconds after killing the animal in the video game. It seems like vegans confuse shame with sadness. This could be happening for various reasons, like lack of protein. Most likely it’s just because most vegans are sexually attracted to phallic shaped fruits and vegetables.” explains Prof. Vernunft.

“What do you mean it’s just a game? Animal lives are not a game, ever! Meat is death, and I would rather die than eat meat or be responsible for the death of any animal. That is why I give my cat vegan cat food. Yes, it’s causing my cat to slowly go blind and die, but at least it’s a natural death. There is nothing natural about shooting an animal with a gun or a bow and arrow to kill it!” 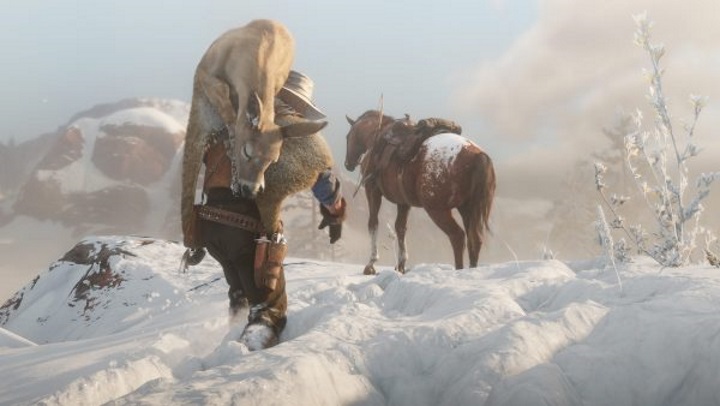 Vegans might not like Red Dead Redemption 2, but the game is not going anywhere soon. In fact, RDR2 is breaking worldwide sales records as it goes and it hasn’t even been available for a whole month. Gamers are mounting their horses, hunting and bathing in the tears of vegans. You can join the fun by buying Red Dead Redemption 2 now and sticking it to a vegan.