This is not “Cannabis Oil Canada”, this is South Africa

Personal use and cultivation of cannabis in South Africa might have been decriminalized, but selling any product containing the cannabinoid THC is still very much illegal. This is not “Cannabis oil Canada” where you can happily just buy your cannabis products legally. So be smart people! 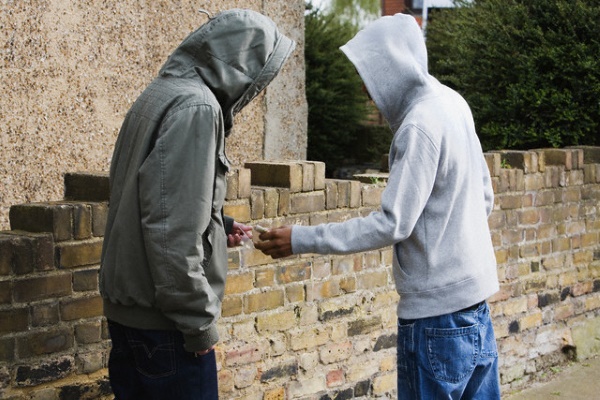 In roughly two years time (I say roughly because we all know how utterly useless the South African government is) our government has to amend the South African Drugs and Trafficking Act to what the ConCourt has found to be unconstitutional. What exactly the law will look like then, is not clear. A bunch of arrests for cannabis dealing is not going to help our case.

Yes, personal cannabis use is decriminalized, but that doesn’t mean a police officer can’t arrest you if he finds you with any amount of weed in your possession. Even if you just have 20 grams of dried flower or a small amount of cannabis oil you can still be arrested if the police officer decides you are dealing. It is then up to you and your legal representation to prove that your cannabis was for personal use, and not dealing.

That means you will still have to go through the traumatic experience of being arrested. Ask anyone who has been arrested, it’s not pleasant. Spending time in any holding cell while you are waiting for your time in court will take years off your life because it’s traumatic and highly stressful. Especially if you are a non-violent person locked up with a bunch of real criminals.

More arrests are not going to help our government to decide to create a logical and just law surrounding cannabis and the products made using cannabis. Remember our government is literally a bunch of uneducated criminals and they will take any chance to line their own pockets, putting South Africa back in square one of the cannabis fight.

Be a smart cannabis user

Do not advertise that you have or that you are selling cannabis. Not on Facebook, not on Instagram, not on a website, not on WhatsApp and not on Telegram, because nothing on the internet is truly anonymous or encrypted so that unwanted eyes can’t see it.

Since 18 September 2019, there has been a ton of smartasses that think they can sell weed online, having it delivered via courier. This morning I received a tip that there might have been sniffer dogs and cops at a major courier company’s dispatch depo, looking specifically for packages containing cannabis products. Don’t be that guy. Don’t be dumb. People are still getting arrested for dealing in cannabis products almost daily in South Africa.

If you want to sell, move to “Cannabis oil Canada”

If you want to sell weed, do it legally. At the moment that means you are going to have to move to a country like “Cannabis oil Canada” where cannabis is actually legal. There is a reason why people have been calling Canada “Cannabis oil Canada”. And even in Canada, it’s not as easy as just selling weed. There are laws that still need to be kept to.

There is no medical or any other license in South Africa making it legal for anyone to sell cannabis, cannabis oil or any cannabis  products. Stop playing, keep safe, and don’t be a moron because it will get you arrested.