I’m not a massive DotA fan. Hell, my brother in law tried to teach me back when it was still DotA 1. The learning curve is steep and I quickly understood that there would be hours involved in just learning to play DotA, never mind becoming “good” at it. Therefor it would be fair to say that I’m an outsider looking in on the DotA scene, but especially the local South African DotA scene. Seeing people that are really good at something, do that something is always cool and that is how I feel about DotA. 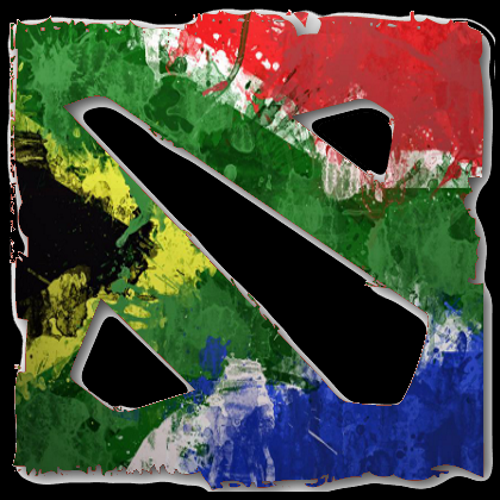 I own the MGO (multi-gaming organization) Gevaaalik Gaming, and we have a DotA 2 team. Thus I’ve been submerging myself in the local DotA competitive scene. It’s the smart thing to do as the owner of a DotA team. Even though I’m not a player I do understand the mass appeal and potential for growth in the South African DotA eSports scene. But I also have a passion for gaming, and we are still very far away from my team or I doing this for money.

Everyone and their sister has an opinion

Recently there has been some grumblings online and in the local scene because of a podcast that didn’t even exist online just two weeks ago. The local scene is small, and as such even a small podcast and brand new podcast can cause a storm in a tea cup. To date said podcast only has 276 views on YouTube, and of those 276 viewers it seems every single one has an opinion. This is because local DotA players have said the local scene in “clowney” or “trash” and now everyone (including myself) has an egg to lay to try and pin point who is at fault.

Twitter has been a buzz with players opinions, and also the opinions of those who are not players but has an interest in South African eSports development.

From an outsider’s perspective

I’m going to be brutally honest here: From the outside it looks like a bunch of kids bickering about something that they clearly don’t have a complete understanding of.

I’ve seen a lot of complaints, I’ve seen a lot of two cents and I’ve seen tons of assumptions. What I haven’t seen much of is actual solutions. But I thought that I would give my outsider perspective, simply so the local DotA scene can get a bit of an understanding of what everyone on the outside looking in is seeing. It might also give those in the scene a bit of perspective on the local scene and hopefully bring the massive silver lining with it.

Being professional is a job, not a hobby

As a kid, I wanted nothing more than to be a game tester. I mean, who wouldn’t like getting paid to play games? Turns out, I wouldn’t like it. Although I never made it as a game tester, I have been tasked with game reviews from time to time, and I HATE IT. When I have to play a game with a notepad next to me, it doesn’t feel like gaming any more. It feels like work. I don’t get sucked into the game, because I constantly have to take myself out of it to give my review.

There are very few professional gamers in South African eSports. When I say professional, I mean players that compete and make an income from competing. Being a professional is a job, and if you want to be a DotA professional you have to put as much time into it as you would any job. That’s easier said than done, especially if you have to study or you already have a job that you can’t just quit on a whim. But the harder you work, the more you achieve.

The Gevaaalik Gaming DotA 2 team understands that work is required to make it to the top. That’s why 20 hours of practice is included in their contracts. If you work full time, that’s 40 hours a week and the GG DotA 2 team is committed enough that on top of their 40 hour work week, they will do 20 hours of work on developing their skill as DotA players, because they want to be able to make DotA their 40 hour work week.

Being a professional is not a hobby. It takes work, and a lot of it. And the harsh truth is that when you start putting in the work, you likely won’t get paid for it. Like with any career, you start as an un-paid intern and work yourself up. What it comes down to is putting in the work.

South Africa has players putting in the work, but because the scene is relatively new and small they are few and far between. Luckily this also means that there is a gap to come into the scene, if you work hard.

The South African eSports scene is super small. Booming, but small. That being said, we already have leagues and tournaments with R1 million + prize pools. Even though eSports came from nowhere over the last 5 years, we are still a long way away from having a scene like the one found internationally for DotA or any other eSport.

Rome wasn’t built in a day, and building a DotA scene in South Africa isn’t going to happen overnight either.

We’ve got a long way to go before the local scene will be able to support a large number of professional teams. But that’s ok, progress is being made. Expecting the local scene to be what is found in the EU scene is silly, because this is not the EU. Anyone who tries to make the comparison is either saying things without really thinking it through, or doesn’t really have an understanding of where the funds would come from to support a scene like they have in the EU. Yes, locally we are not where the EU scene is, but the local DotA scene is much younger than the EU scene and as such expecting it to measure up to a scene as developed as the EU scene is ridiculous. Also, have you not seen the growth of the local DotA scene over the last 5 years?

Professionalism doesn’t mean that players have to stop making dick jokes on Twitter. Or that there should be some code of conduct you have to follow to be a professional DotA player in the South African DotA 2 scene. But, if you want to just be you, YOU have to have offer something that will let others look past the dick jokes. This is South Africa, and even though we can look to internationals teams, organizations, tournaments and players to learn from their mistakes, we should not let that stop us from making our own mistakes.

Making mistakes is one of the best ways to learn.

That doesn’t mean that you should be an amateur. Professionals invest in themselves by getting coaches that will help them fix the mistakes they are making, faster than by figuring it out for themselves. That is why the Gevaaalik Gaming DotA 2 team has now started working with AdamstamZA as coach. Gevaaalik Gaming is investing in their team to help them develop faster, like a professional team would.

How do we help the South African DotA scene grow?

By entering and competing in the tournaments. By starting teams and building teams with players that want to be professional DotA players, that are willing to put in the time and the investment it takes to make a career out of DotA. By watching the matches, at events like rAge or by streaming them. By organizing and sponsoring tournaments. By telling others about the scene and by discussing it with each other, in real life and online. By making the videos, recording the podcasts, writing the blog posts, by posting about it on Instagram, Twitter and Facebook.

Even if we are getting paid less than an intern’s salary for what we do, we put in the work because it’s a passion and we are building something, together. Players, fans, sponsors, casters, MGOs, all of us as a community.

Don’t forget where we come from, and be thankful

Throughout this whole storm in a teacup one thing that has been very clear is that there are a lot of people out there that forget or ignore how much the South African DotA scene has grown over the last five years. There are tournaments with big prize pools, DotA on Super Sport, more teams than ever before, more viewers than ever before and still plenty of room for more growth.

Five years ago the idea of making a living of eSports in South Africa was a wild dream. Now I’ve got my fingers crossed for my son who is only 1.5 years old. It’s no longer a matter of ‘if’ there is an eSports/DotA scene in South Africa. There already is, and it’s still in it’s infancy. Be thankful that you have the opportunity to put in the work and grow your career in and with the scene.

If you have the patience to keep putting in the work, your will reap the rewards. And if you have the talent too, you are going to be unstoppable. That’s what I’m going to be telling my son, because he is 1.5 years old. The rest of you are grown ass men and women. Stop wasting time. Go put in the work. It’s what we at Gevaaalik Gaming are doing.