Ramfest announced today at 12o’clock that British Metalcore band “Bring Me the Horizon” and “As I Lay Dying” from USA are the latest two international acts to be performing at next years festival. 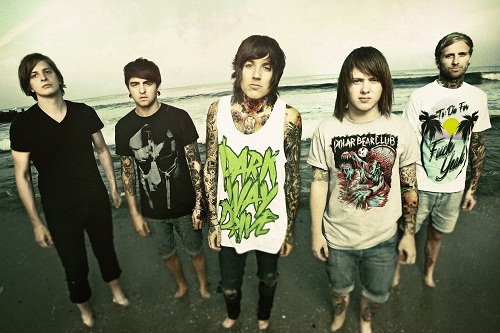 As if the announcement that Rise Against and Pendulum being confirmed for next years festival was not enough, I’m pretty sure RAMfest just made all the emo kids in South Africa have an epileptic fit.

Bring Me the Horizon are one of the pioneers in the Metalcore genre, and having won awards for best newcomer, best album and best video at the Kerrang awards say a lot about this band.

Now I don’t know much about As I Lay Dying, but I do know this,  that at next years festival we are going to see why they were nominated for a Grammy and why they won  “Artist of the Year” at the San Diego Music Awards in 2008

I think it’s clear that RAMfest are not holding back with the bands they are bringing. Still sticking to their roots of being a metal festival regardless of how big the festival is getting.