rAge: Just going through the motions?

The last rAge Expo which I attended was in 2009, obviously a great deal has changed in the gaming industry since then, but it somewhat shocked me how little has actually changed at rAge. I was astonished and excited for those aspects which had changed-yes, but it baffles me that some of the clearly illogical practices and norms at the convention are still present.

Now forgive the somewhat cynical opening paragraph, because; rAge was by no means a disappointment.

Game developers and hardware companies alike set up in great fashion this year, with booths such as: Xbox, HP and Call of Duty WW2 being true standout spectacles. Starting with the most outlandish and for some, the most exciting booth; Microsoft showcased the new Middlearth: Shadow of War and Assassin’s Creed: Origins with hands-on demos on the heavily anticipated Xbox One X. Unfortunately for some eager to test out the new “most powerful console ever” both demos were only available on a couple of prototype Xbox One X’s and alongside the prototypes were PCs built similarly to the One X’s hardware, therefor giving a comparative experience.

I had the luck to be able to play both demos on One X prototypes and the results were impressive, yet not as mind-blowing as one might expect. Both were graphically sound and the lack of framerate drop was very pleasant, especially during the Shadow of War demo, due to the sheer number of enemies on screen at any given moment. Yet during my time with both demos I couldn’t shake the thought that some games that I regularly play on my current generation consoles just…look better in all honesty, I know that both these titles are third-party works and first-party exclusives will be optimized better for the finished console. Only time will tell if the hefty price tag associated with Xbox One X will actually be a practical and worthy spend for South African gamers.

On the opposite spectrum of the console wars; Sony Playstation’s booth was perhaps one of the most surprising, completely due to how lacklustre and disappointing their showing was. I didn’t expect demos or trailers for upcoming PS4 exclusives such as God of War or The Last of Us: Part 2, which are both a long way out, but I did expect a decent showing of what Playstation has to offer for the gaming market currently, which was not the case. On either side of Sony’s booth two large hands-on sections were solely devoted to FIFA 18 and Gran Turismo Sport, with the middle section occupied by the likes of Knack 2, some PSVR demos and other frankly forgettable showings. Now, it would be unfair to simply say that Playstation’s booth was objectively bad, but it did give the feeling that Sony need but rely on their PS4 and PS4 Pro to continue to win in sales and that they need not expel any effort to actually maintain interest in their properties.

During the rest of my time at the expo I was somewhat delighted by Ubisoft’s offerings, with impressive demos of Farcry 5 and the hilariously original; South Park: The Fractured but Whole, both running on the PS4 Pro.

Games and corporate booths aside, I would like to inform you as to why a rAge ticket is worthwhile and why this Expo remains a great attraction: rAge is at its core a local, South African gathering of gaming culture. When I say “local” I do mean it, I spent most of my time running into old friends from high school, mutual gamers and I even bumped into my local BT Games store manager. In a somewhat conservative and technologically challenged country such as ours it was a great pleasure to be able to revel in an environment full of individuals that share my hobby/passion/love for gaming.

Reiterating the theme of “local gaming” the one true standout for me at rAge this year was the Jengo booth. A locally developed adventure/rpg, with stylised animated visuals. I spent a good chunk of my time talking with the humble and hilarious dev-team, who also held auditions for the voice of the lead character at the expo. A locally developed, locally voice acted game is something that I find myself very excited for. 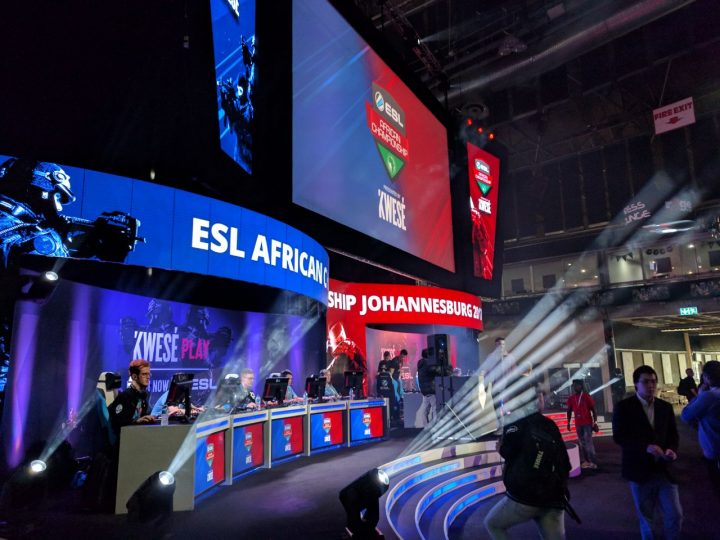 The annual LAN and the somewhat newly implemented E-Sports arena helped round out the expo, offering something for most gamers. As I said the illogical practices, such as; poor management of queues and overall floor space, not enough emphasis on how gaming can be more practical to the average South African and the fact that some booths can be nearly impossible to locate, even a second or third time, are still present and are unnecessary hindrances to the expo’s overall momentum.

The views and opinions expressed in this article are those of the authors and do not necessarily reflect the official policy or position of any agency of gevaaalik.com or Gevaaalik Media.