Finding good music is hard. Finding an awesome rock band is even harder. Luckily the internet has made it easier to find awesome music that you like and made it easier to support the bands that you like. BEAST is one of the my favourite rock bands, I like them a whole fucking lot. And I’ll be helping them to record their new album, and so can you, thanks to the internet and crowdfunding.

BEAST released their first album, Smoke Swig Swear as a free download. What Smoke Swig Swear introduced the world to was hard rock with a unique sound. BEAST has two bassists, but no guitar player. Now Inge Beckmann (vocals), Louis Nel (bass) and Rian Zietsman (bass) will take to the studio again with the help of a few of their closest friends; the fans of their music, you and me.

Make BEAST heard is the IndieGoGo campaign to raise the money needed to record, mix and master BEAST’s new album. What does recording a new album cost? With the help of Heritage Studio and producer Brendyn ‘Rusty’ Russouw it’s going to cost $8000. That’s about R85 000 for us South Africans. You can pre-order your album for $8. That means all we need is 1000 pre-orders and we will have helped create new BEAST rock ‘n roll. Then the new album gets recorded in October 2014 if the $8000 target is reached. 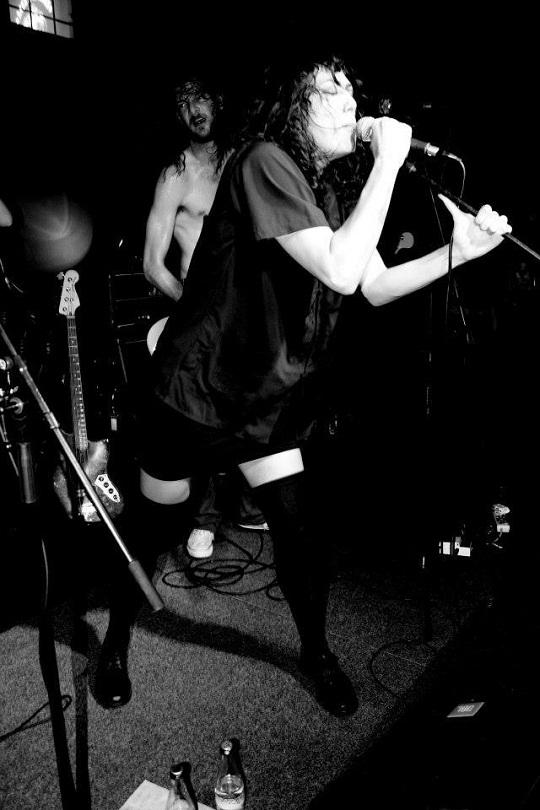 If you want to do more for South African rock and BEAST you can take the $50 perk and you will have your name credited as Executive Producer on the new album. Or for $480 you can get a private show by BEAST for you and your friends. That’s about R5000, something 15-20 friends could easily get together for a private BEAST show. You can find all the details on the IndieGoGo make BEAST heard page.

Check out the videos in this post and download Smoke Swig Swear if you haven’t got it already. Expose yourself to the awesome music of BEAST and help them record their new album. The new album will have 10 new songs. That’s give or take R80 for 18 songs in total. A steal any day of the week, and you get to leave your mark in South African rock ‘n roll history! There is only 56 days left for BEAST to reach the $8000 goal. You can check the banner on the right to see how the IndieGoGo project is growing.