The Game of Thrones end YOU deserve

If you grabbed your smartphone early on Monday morning you might have picked up an overly aggressive tone on the internet. The neckbeards, cucks, incels, nerds, geeks or “hardcore Thrones fans” as some have started calling themselves, have been making the internet a miserable place since the start of season 8 of Game of Thrones. And now that the final episode has aired, the complaining and moaning has been kicked up a gear. So, was the Game of Thrones end really that bad? 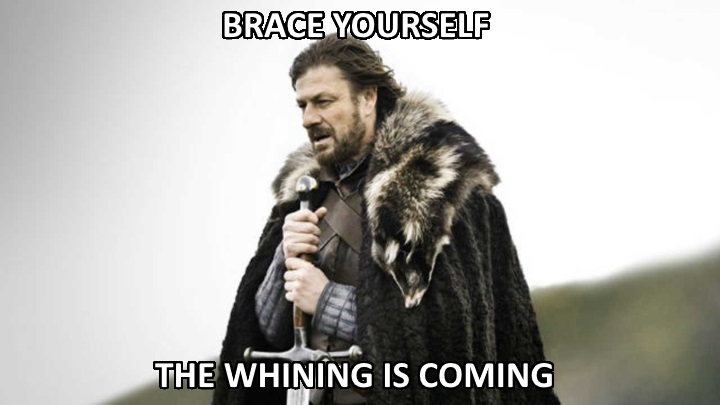 Not the Game of Thrones end that “we” wanted

First of all, who the fuck is your “we”? I, for one, was pretty happy with the Game of Thrones end that I got. Do I feel like the last season was a bit of a rush to get to the Game of Thrones ending a bit prematurely, for lack of a better term? Yes, for sure. But I like stories that end and don’t get milked dry by Hollywood by pushing the end as far away as we can. Just look at The Avengers movies and most of the Marvel universe from Hollywood. Do you see what happens when we can’t just end a story because we need to get more money out of the dead horse?

Also, there is a sick sense of entitlement that hangs in the air when a person on the internet types out the words “not the ending we wanted”. I’m sure that is a phrase that is commonly heard by writers when a bunch of network or movie executives wants to start making changes to a script. I’m also sure that most network and movie executives have no writing talent at all, which begs the question: “Why would you want to be involved in the writing of a script if you are not a writer?”

The answer is simple my friends: Sadness.

Network/movie executives don’t really do much to create a film or TV series. The only impact they really have is on giving the budget to produce the show or film. This makes executives sad. They realize that they have no talent or artistry in them at all, and then they try and make themselves feel better by fucking with the art of others. 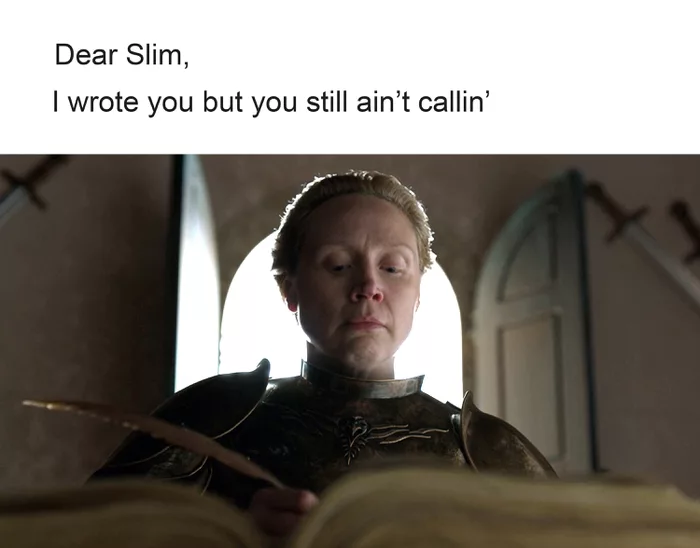 People that complain about how Game of Thrones ended are the same as these sad executives. And the petitions and online complaining makes them sound like a bunch of Stans, from an Eminem video.

It’s sad. We always knew it was coming. Not, not winter. The end Game of Thrones. It’s been a long time coming, and many of us have invested a lot of time in the show (and the subsequent memes). It’s only natural to be sad now that it’s over. Grief is real, even if it’s about a TV series.

Right now the internet’s neckbeards, cucks, incels, nerds and geeks are all working their way through a big loss. For many, Game of Thrones episodes was not only a show but also a relationship. They masturbated furiously to the nudity and sex filled scenes. They fell in love with some characters and hated others. For many of these internet losers, it was the closest thing to a relationship with an actual person that they have ever had. And right now, they are slowly working their way through the grief of the Game of Thrones end.

The Game of Thrones end that “you” wanted

It’s either grief, or these beta-bitches on the internet are just being pathetic. If you really aren’t happy with how Game of Thrones ended, then maybe you should write your own series of fantasy novels, turn the novels into the most watched TV show of all time, and then YOU can pick how it ends. Until then you should shut your blond-bang framed pie hole because you are directing unneeded attention to your weak, wiry stature, all hunched over in your desk chair like that.

Because I know most of these whining babies on the internet are too useless to actually write their own story or even just recreate the end to Game of Thrones, I took the task upon myself.

I created the Game of Thrones ending for all snowflakes

It’s low budget, it’s quick, it leaves many plot holes, but at least it won’t melt a bunch of snowflakes. Instead, this Game of Thrones ending will only melt hearts.

D.B. Weiss and David Benioff asked me to help them rewrite the end of #GameOfThrones so that the hardcore fans will be happy. How’s this?