In the world of creating clickbait, if you had to create a topical comparison, this is what my title can be compared to: A pretty, young and successful female Twitch streamer that has a nip slip live while streaming. 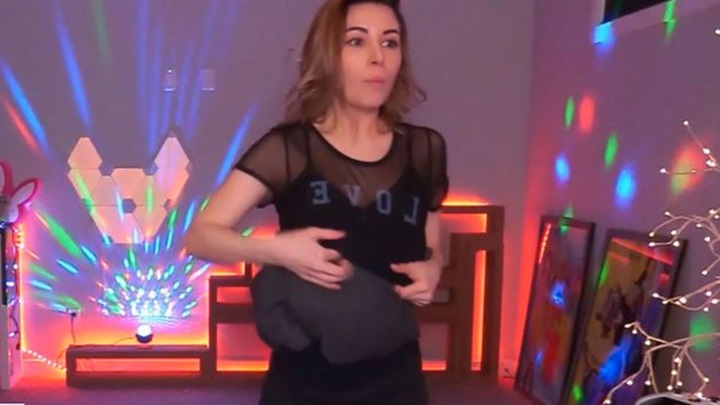 Alinity is not stupid

Let me start by saying that I think Alinity is a successful, young and pretty young woman. She talks shit for a living and I admire that. As someone that has dreamt about doing stand-up comedy for a living, I would be a hypocrite if I didn’t say that I admire her for making talking shit her full-time gig. Also, she is surely earning more per year than the average middle class South African suburb block earns in a year. She is smart enough to accomplish that, and she is fully fucking aware of what it takes to be there.

Alinity showing a nipple on a live Twitch stream was an inevitability if you have been keeping an eye on her career. All content creators are always looking for the next thing that is going to grow their community to the next level. Along the way, everyone is bound to make mistakes. Many content creators appear in front of the camera a lot. For many top streamers, it can be 40 hours or more each week. Dr Disrespect has certainly made his share of mistakes and so has Alinity.

But what sometimes is a mistake, can also be planned to get more publicity. Some mistakes, like the Docs biggest mistake, are not for publicity. But his video in the bathroom could have been planned because he (his agency) knew it would lead to a ban and a lot of publicity. A nice holiday for Doc, and inevitable growth when he makes his comeback. These are all internet rumours and nothing but alleged theories. Allegedly Alinity’s nip slip was also planned. She can’t admit that, but she is also a smart woman that knows the buzz it will create online. Plus, day or two off from streaming?

Is the smart move trying to keep it clean?

I know from personal experience that getting advertiser interest, and money, is much easier if you keep it clean. I don’t keep it “clean” because I talk about weed, I swear, I have girls in bikinis on my site and I laugh at inappropriate memes. I’m your average run of the mill degenerate, just like most of my audience. That hasn’t made it easy to get the same advertisers as many of my “peers”. It’s probably that their content is better, and not written out in text, if we are being serious. I understand why Alinity is putting on the show of “keeping it clean”

My main issue with Alinity is that she keeps pretending that she is not using her looks as a hook to get hungry gamer boys in the door. We all remember the “Can we copystrike Pewdiepie?” fiasco. She “copystriked” a Pewds video for calling her a “thot”.

Yes, everyone should be able to wear whatever clothing they want, and I’m sure that Alinity loves the clothes she wears. But there is also no denying that a large number of her tops are awfully low cut, many of her skirts/shorts are very short, and sometimes the way she positions herself in front of the camera would create the wrong impression with my mom. Alinity also knows that the majority of her audience isn’t watching her streams for the gripping or thought-provoking monologues. A large part of her audience is young, thirsty, frustrated little gamer boys. There is nothing wrong with being a beautiful young woman and using your looks as an asset. It get’s weird when there is physical interaction, but as long as everyone is consenting adults I don’t see a problem. But simply streaming sitting in front of a camera talking, maybe playing some games, but mostly talking shit and looking good while doing it. Why is there something wrong with that?

There is also no denying that Alinity has escaped bans from Twitch unlike any other popular streamer has been able to. I don’t want Alinity to get banned. I want us to stop fucking talking about Alinity getting banned, for whatever.

Do I believe the Alinity nip slip was an accident?

No, not for a second.

Do I think it’s a bannable offence?

I am extremely tired of being a point of comparison and being harassed by the communities of every single streamer that receives a suspension.

Every single online media outlet will be talking about it beforehand, and they will keep talking about it afterwards. In fact, if Pornhub’s PR/Marketing department has not thought of this yet, call me.

If everything else fails, there is always plan B for Alinity

My guess is after breaking Pornhub Live stream viewer records, and maybe even overall live stream viewership records, the advertisers/sponsors will come rolling in. There will be a digital line around Alinity’s Inbox. A real talent agency will likely come knocking. She would make more money than she could use in her lifetime if she were sensible about it. It would still be hard work streaming daily and the number of dick pics Alinity will get sent will be appalling. But fuck those dummies sending unsolicited dick pics. Fuck the haters. And most of all fuck the cancel culture that keeps crying about things they could easily avoid seeing, without costing a person their income.

If everything else fails, there is always plan B: Start an Onlyfans, contact Fleshlight for a deal and take 16% of sales revenue. Either way, Alinity will become a household name and she will not have to deal with the constant “Cancel Alinity” online mobs of losers any more.