Cannabis vaping has been around for the past decade, they come in all shapes and sizes and can vaporize almost any kind of cannabis material from loose-leaf matter, wax concentrates, and oils. Marijuana vaporizers have easily increased the quality of how casual users and medicating patients consume marijuana products mainly by eliminating combustion in the process allowing safer administration of cannabinoids like THC, commonly used for recreational purposes and CBD, often used because of its medical advantages. Amongst the most recognized materials, the use of cannabis-infused oil is considered the easiest and most convenient delivery method even when compared to dry herbs and waxy concentrates. CBD oils, for example, poses fewer side-effects as opposed to other cannabis distribution products like THC based concentrates, tinctures, and capsules. Marijuana-based oils perfectly fit vaping since most vaporizers are built to accommodate tanks and cartridges that can easily be filled with similar e-liquid blends. It also has a lot of benefits since most oil vaporizers come in as portable vaporizers that are easy to carry and bring around almost anywhere you are, usage is straightforward and requires little to no learning curve. It’s easily accessible to both newcomers and experienced users alike, that’s why oil vaporizers are one of the top-selling vaporizer classes in the industry. The list of the advantages of using oil vaporizers goes on, but in this review, we’ll talk about some the most important benefits of using oil vaporizers so join me and read on.

To understand oil vaporizers better, it’s good to know what kind of materials one puts in these vapes. Afterall, I find myself coming back to oil vape pens because of marijuana-based oil concentrates. Now there’s a lot of talk about what differentiates cannabis-infused oils like CBD, THC, and Hemp Oil. Though they may all look the same, it’s good to know that they’re not at all created equal.

CBD oils are made from marijuana plants which have high concentrated doses of cannabidiol, a substance found in the human body that’s a part of our endocannabinoid system. The endocannabinoid system is responsible for regulating numerous physiological and cognitive processes. That’s why CBD oils have seen common use in medical applications as preventive treatment and cure against a wide range of medical conditions. CBD oils are known to fight off psychosis, nausea, minor inflammation, and neurological disorders. CBD has an “anti-inflammatory, antibacterial, and antispasmodic properties.” Because CBD oils tend to contain heavy amounts of cannabidiol, they tend to have fewer side-effects. Common marijuana payoffs like red eyes, cottonmouths, munchies, and paranoia are eliminated since most CBD oils do not have the same psychoactive effects of THC-based blends.

On the other end of the spectrum, THC oil blends are used for its mind-altering benefits that’s why it’s commonly used by recreational consumers. It is also widely used to treat severe and chronic pain as well as have a strong impact on the “regulation of appetite, immune system functions, and pain management.” THC oils can be used to combat the conditions listed below:

To put it simply, THC oils are used commonly as a psychoactive substance and in some cases to treat chronic pain while CBD oils can be used for most neurological disorders. I must admit, we’re still thousands of tests away before the use of marijuana-based oils are completely accepted as a mainstream means of treatment, though because of its extramundane effects several countries and states still consider marijuana-based blends a controlled substance. As a medicating patient myself, I couldn’t stress it enough that using CBD oils have helped alleviate my current condition.

Hemp oils aren’t exactly made out of the marijuana plant though it still carries and provides several benefits attributed to CBD and THC oils. Hemp oils contain only the slightest amounts of cannabinoids. Hemp oils are good for people who are looking for a faint to a mild hit.

Now that we’re aware of the different classes of marijuana-infused oils we now have a deeper appreciation of oil vaporizers in general. Let’s look into some of the most popular oil vaporizers on the market today.

Oil vaporizers come in various shapes and sizes, like regular vaporizers, we have desktop vaporizers for oils, portable vaporizers, and the extremely convenient pen-style vaporizers. I personally prefer the pen-style units since I find that they better fit my needs. 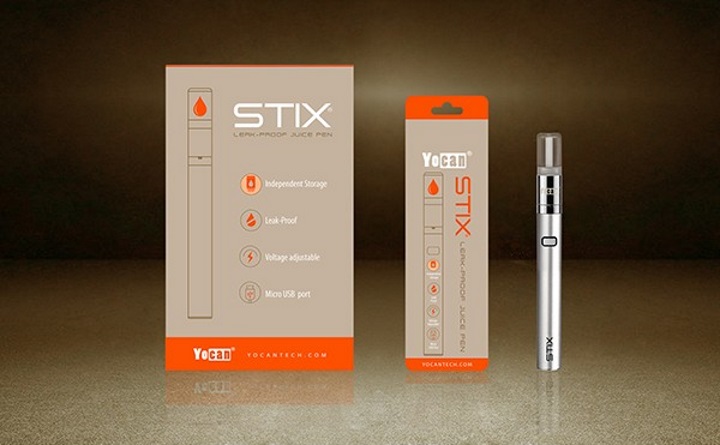 First on my list is the new Yocan Stix. The Stix has several features that combine the unique elements of a pod-based vaporizer and a portable pen-style unit. Here’s what it looks like at a glance.

The Stix allows you not only to vape on your select marijuana-infused oil but other flavored e-juices as well. It sports a variable voltage battery which helps you select the perfect temperature level for the type of material you’re using. The Stiz is an affordable option and is considered as a solid entry level oil and e-liquid vaporizer.

Next is a worthy contender in the SMOK Alien Vaporizer. The SMOK Alien sports out of this world features that’ll be sure to knock you off your socks. Take a look.

It’s a solid box mod vaporizer that’s capable of reaching top temperature levels that’s perfect for those who love visible clouds of vapor. Let’s do away with portability and stealth, it’s time to up our game with the Alien from SMOK.

Finally, the perfect balance between power and portability. The Honey Stick Vaporizer fires up to unprecedented levels to give you the excellent blend of flavorful clouds and visible, dense vapor production. It’s also capable of accommodating 510 threaded attachments so you won’t be limited to using just the pre-installed atomizer in this unit giving you full control over your vaping sessions. Here’s what the Honey Stick Vaporizer has to offer.

The Honey Stick Vaporizer is undoubtedly my favorite amongst the three. I believe that vaping with oil vaporizers is entirely based according to one’s preference, though the aforementioned benefits of vaping cannabis-based oil concentrate allow most users to help them with their medication and recreation far easier than what other methods can offer. What do you think? Do all these benefits merit your interest? Try one of these vaporizers from this reputable online store www.yourvaporizers.com where I got my vaporizers from.