Before I was asked to write this post, I had no idea who Moving House was. For those who don’t know and after having a listen, Moving House is (in my opinion) an 80’s synth version of Ashtray Electric, but better. The band comprises of Andre Gideon Montgomery Pienaar (Ashtray Electric) and Rob Davidson (ex Zebra and Giraffe, Blind Watchmen). 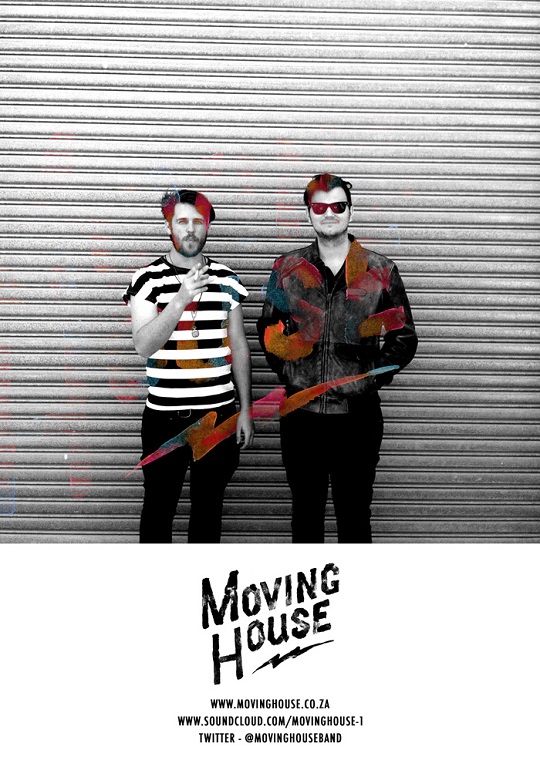 The two wrote their debut album while living on opposite sides of South Africa, taking whatever free time they had to get together and write. After many a Skype conversation and determination they released their debut album in February 2013 along with a video for their first single “Tongue and Cheek”.

There seems to be a growing hype about this band, so keep your ears and eyes open. Here is their second single “Gospel”.