Pretoria is getting it’s very own trading card game. All thanks to the creative mind of Brent Swart. Brent is a business owner, creative and seriously talented guy. I love the style of his drawings and illustrations and it was an absolute honor when I was included in the #012TCG.

The #012TCG is being launched at African Beer Emporium on 19 October 2018. This launch event will be the only place you will be able to get the #012TCG card packs to create your collection. On the cards, you will see artists renditions of various people that have had an influence on Pretoria’s music, art, and entertainment culture. These cards are collectibles and there are only a limited amount of them that have been made. 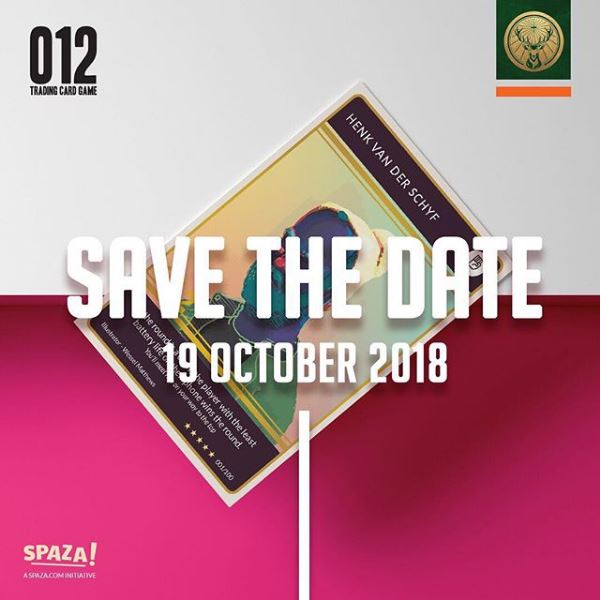 I’ll be going to the launch event, hoping to at least get some of my favorite cards that I’ve seen on Instagram over the last couple of months. I’d even like to get the card featuring me. So if you are at the event and you do buy a pack that contains a card of me, come and say hi. I want to know how many drinks I’m going to have to buy you before you give me that card with my face on. 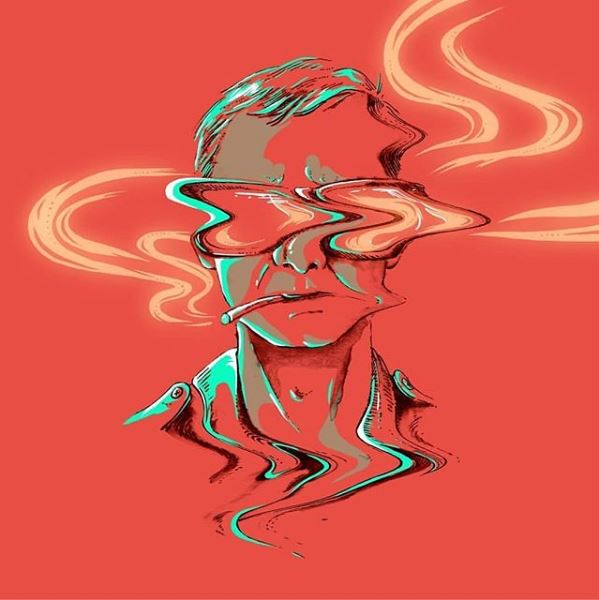 I recently asked Brent a couple of questions about the #012TCG project.

GVLK: Are you a born and bred Pretorianer?
Brent: Nope haha. I moved up to PTA from East London in my first year of high school, and it quickly became my home. I spent my good years doing bad things in the 012.
GVLK: So what is the #012TCG project and how did it come to be?
Brent: It was supposed to be a passion project I would do to keep my creative wits about me. Last year during the December holidays I mentioned on my Instagram that I wanted to do a few cards to practice my digital portraits during my downtime. It got massive traction, so much so that I ended up having about 100 different influencers to draw, and around 50 illustrators keen to do cards. The lovely people at Jagermeister SA assisted me with print costs and have been helping me with the event at African beer emporium too. Which allows me to give the cards back to the people of Pretoria at cost prices. (Hi five to Bea Theron) 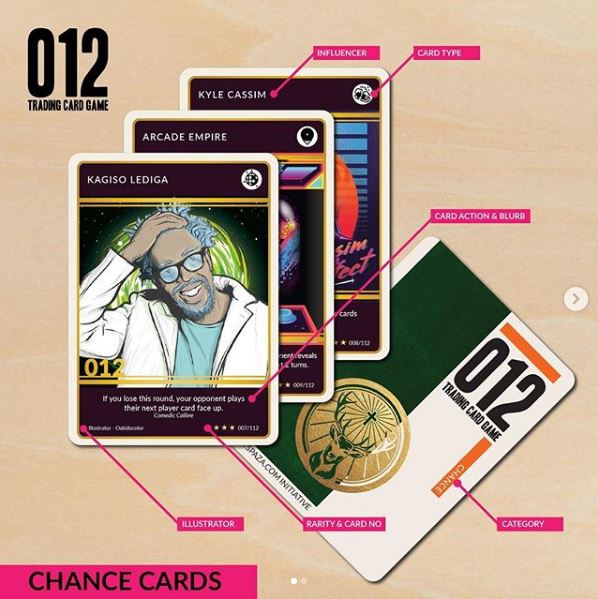 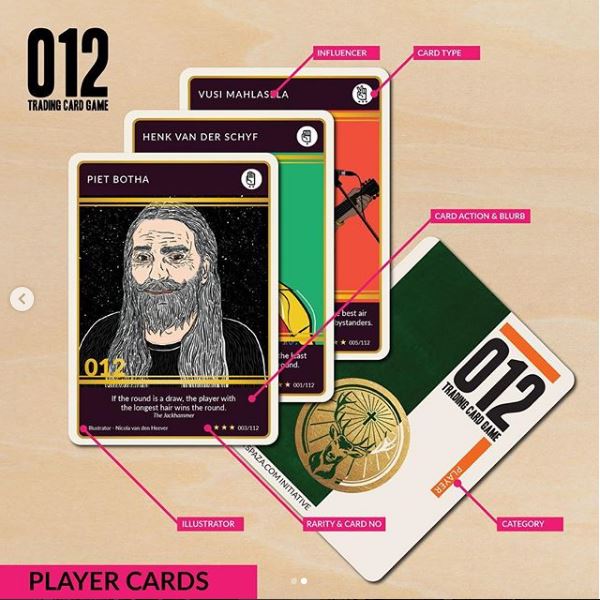 GVLK: Pretoria breeds a particular culture. The #012TCG is a great example of that Pretoria culture. How did you pick the influencers for the project?
Brent: It was tough to keep it down to 112 individual designs. But I sat with a lot of guys that have been in the Pretoria trenches for a while, and they assisted me with a bunch of the selected influencers. It was an amazing experience, hearing all the stories and history of how things came to be. I tried to keep it as widespread as possible, but I barely scratched the surface of what is known as ‘the scene’. There were a lot of people who weren’t interested, didn’t feel they deserved to be on a card or just “blue ticked” me haha, some people haven’t even read the emails and messages I sent to them. But I’m happy with the amazing amount of people that saw the vision and were keen to be involved. I might even do series 2 if all goes well.
GVLK: How many cards did you design/illustrate yourself?
Brent: I’m going to say several, because I’m not sure on the final amount, maybe 8?
GVLK:  So where do you even start when you sit down to create a design for a card?
Brent: In most cases, I had a set idea for each one I selected. Like Disco’s card, I felt he came back from the dead recently, out of the blue drops the “spellz” album, after being quiet from PHFAT and oh dark arrow. So my plan was to illustrate him as a vampire, hungry for things to come. Back from the grave if you will.
Another good example would be Rudi Norval’s card, he assembles the blood brothers, so I used the classic Marvel’s nick fury as a reference because he assembles The Avengers. All my cards had some sort of them to them, and that was the brief to all artists, I wanted the influencers to look the super heroes they are.
GVLK: How did you pick the artists that illustrated/designed the other cards?
Brent: I did an open call on social media for assistance, and a lot of people were keen to give it a shot. Portfolios were sent to me and I decided from there. I also contacted a lot of artists directly that I knew could bring their A-game, or who I knew would be keen to do a certain card. I met a bunch of very cool illustrators through this project. 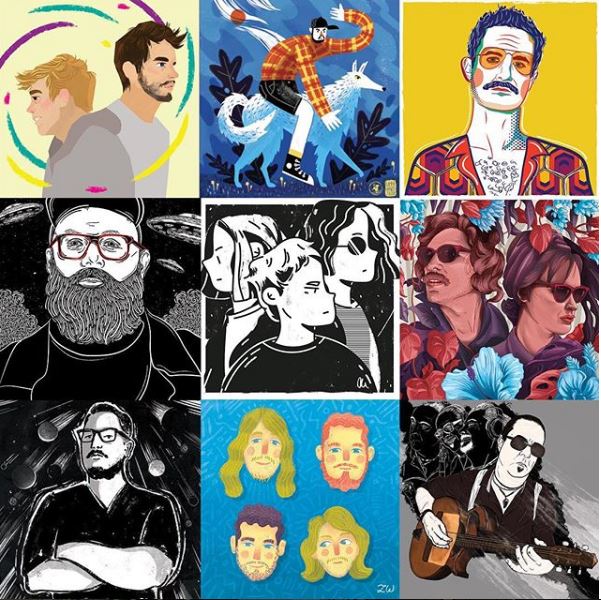 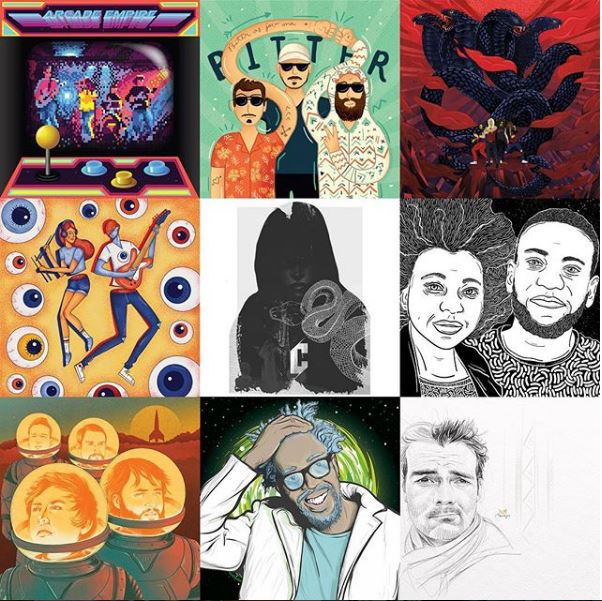 GVLK: Which card is the rarest in the pack? How many of this rare card has been printed?
Brent: The rarest card is the Henk van der Schyf card, the guy behind Hotbox Studio, Hotbox Express, Mieliepop Fest, Capital Craft, Park Acoustics, African Beer Emporium, and a shit-load more. His card has two different designs, and there will only be 45 units of each.
GVLK: How many full packs have been printed and where can people get them?
Brent: There are 13000 cards in total, sold in blind packs of 5. Honestly, I think the only people that will have a full set will be the people that entered the event competition (click going on the Facebook event, share the event, and stand a chance to win 1 of 2 full sets of cards)
GVLK: Do you have any plans to do an #011TCG, #021TCG or any other cities?
Brent: If all the cards sell out, yes. I’ve learnt a lot from this project and met great people, I’d love to expand. Currently in talks with people to see the best way forward.

Remember to share the Facebook event to stand a chance to win a full collection of #012TCG. See you at the launch event.