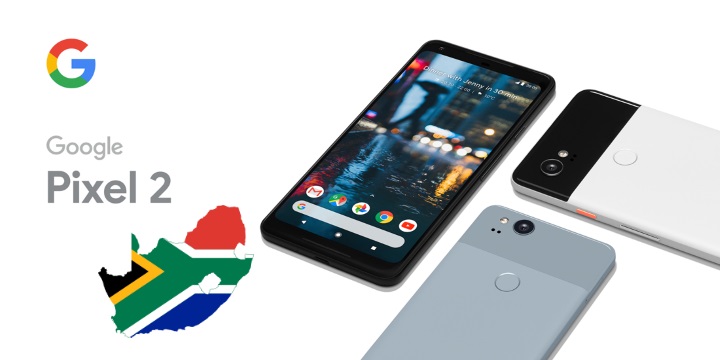 It’s a question that I have been struggling with for close to a year now. See, I’m a sucker for Google phones. The Google Nexus 5X is still to this day my favorite phone that I have ever owned. After years of loyal service, it’s now crapped the box and will not start up any longer. I would just have it repaired, but because it’s a grey import aftercare (repairs etc.) for the phone can be a massive hassle. Do you even know how much it costs to send a phone to the EU via courier? Not cheap, plus you then have to pay for repairs in Euro. To put it mildly, I’ll probably be better off just buying a new phone. Problem is that I want a phone that is currently not technically available here. Where is my Google Pixel 2, South Africa?

Where is my Google Pixel 2 South Africa?

But that’s ok, contracts are for suckers in any case. What you really want to do is buy your phone cash. Getting sucked into a two-year contract that will surely cost you close, if not much more than, R1000 per month is silly when you can get yourself a better deal on data/airtime every other month? For instance, I have MTN for the little airtime that I use a month, but my data I get via Afrihost because it’s simply the most affordable way to do it.

How much does a Google Pixel 2 cost in South Africa?

That very much depends on the spec Google Pixel 2 that you want to get. If you want the Google Pixel 2 XL 164 Gig you could end up paying in the region of R15 000. If you are a simple creature, like me, and you would be happy with just the Google Pixel 2 64Gig then you can expect to look at a price tag of around R13 500. Much cheaper than buying an iPhone X cash in South Africa you will pay R17 000 for the cheapest version.

If you think about how much you use your phone daily, and everything that you do with your phone lately, then the price tag seems less steep. The fact of the matter is that I use my phone for work, to take photos, to make videos, to make memes, to do editing, to do writing, to post to social media, to send emails. The list could go on forever. Because I work in digital, spending on a phone makes much more sense than spending money on a new camera or mini-mixer and mics to record podcasts. Jip, I even record my podcast on my phone. This is the reason I want a Google Pixel 2 South Africa! 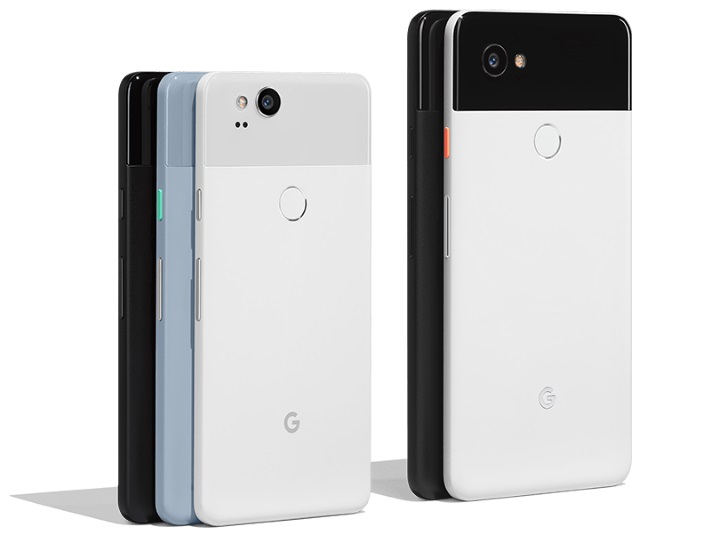 What are the Google Pixel 2 specs?

The best thing about the Google Pixel 2 is the fact that the OS is clean Android. Android 8.0 to be more specific. You have not used an Android smartphone until you have used clean Android. All the bloatware added by Samsung, HTC, Sony, and pretty much all other so-called Android phones is that they ad their own bloatware to Android. This bloatware tends to make Android on those devices slow and clunky. Most people accept the bloatware simply because they are not aware of how cool Android is the way Google intended it.

Personally, I think the Google Pixel 2 has the best camera for any smartphone at the moment. 12.2MP rear camera and an 8MP front-facing (or selfie camera as the kids call it) camera. And if you are planning to use your smartphone to make a video, the Google Pixel is right up there: 2160p@30fps, 1080p@30/60/120fps, 720p@240fps. The electronic image stabilization is really good, so if you are an aspiring vlogger or YouTuber the Google Pixel 2 is good enough for you. Hell, this camera is good enough that you can shoot a feature film on it if you know what you are doing.

The Google Pixel 2 is available with various storage capacities. Even in South Africa, you are spoilt for choice when it comes to selecting the amount of storage you need from your phone. No extra storage can be added to the phone, so what you buy it with is what you get. 64Gig or 128Gig and depending on how you use your phone, plenty of storage. If you are shooting video 24 hours a day at 1080p, 60fps, you will likely need the 128gigs of storage. Or you can easily transfer your photos and videos to your computer with the fast USB Type-C.

We need the Google Pixel 2 in South Africa

I want one. Yes, there are plenty of other choices in South Africa. The fact of the matter is that none of them come even close to the cool that is the Google Pixel 2. Yes, there are phones that come close like the One Plus 6, the Nokia 8, the Razer Phone, but for some reason, they just don’t come close. I like Google and I liked my Google Nexus 5X. For the life of me, I can’t think of a single reason why you shouldn’t be able to buy the Google Pixel 2 South Africa.