PUBG Tips in 60 seconds or less

When you start playing PlayerUnknown’s Battlegrounds it’s only a matter of time until you pull up Google or YouTube and search for “PUBG Tips“. The truth is, that game is hard, especially when you start out. I started playing PUBG on Xbox. I played PUBG on PC once at Rush and liked it so much that I got it on Xbox as soon as it released. Since then I’ve managed to get myself a decent gaming PC from Evetech, and I’ve started playing PUBG on PC. I got a couple of solos, duos, and squad chicken dinners on Xbox, but I’m yet to get a single chicken dinner on PC PUBG.

When you start watching the below clips it will become very apparent, very quickly that I need as much help as I can get in this game. PUBG is hard. That is why I created my new ironically named YouTube series: PUBG Tips in 60 seconds or less. 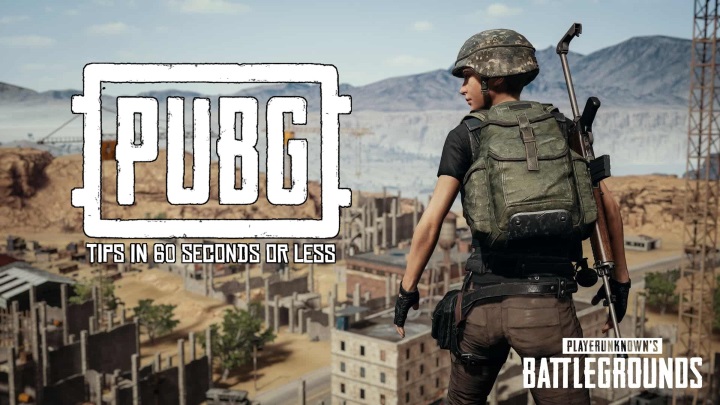 Below is the first 6 episodes, created using my own PUBG gameplay tips, the only difference being I mostly show what you should not do by failing miserably myself. This has been a fun little project and I’ve decided to start using other people’s gameplay clips to make PUBG Tips in 60 seconds or less. If you’ve learned a particular PUBG lesson with your gameplay and you have a clip of it, please get in touch by leaving a comment below.

This is probably the mistake I make most often when I’m playing PUBG. It’s probably the most common mistake made by PUBG players overall. You reach the top 20, top 10 and before you know if you are in the top 5 in the middle of Pochinki, trying your best to sneak around and take enemies by surprise. You suddenly spot an enemy peaking a corner, and he has no clue that you are there, looking at him. You just have to move to get the perfect shot. You run out of the building you were in only to be taken out in a sea of Vector bullets because you didn’t check your corners. #3 is all you get.

Once again, most likely if this is happening it’s because you are letting your excitement get the best of you. You are rushing to get the kill, or you think you’ve killed everyone and it’s the perfect time to heal out in the middle of nowhere with no cover in sight. You will die. In this particular instance, I was way too eager to help a squad member that was trapped. What I should have done is provide cover fire to help him reposition to a better location. What ended up happening has I downed one guy mid-air and my balls got so big that I completely ignored the fact that I wasn’t standing in cover. Needless to say, the two enemies looking at me gunned me down easily enough as I had nowhere to take cover.

Yes, vehicles in PUBG can be an absolute lifesaver when you quickly have to move from point A to point B. Vehicles are especially handy when you are trying to outrun or get out of the blue zone. A target in a vehicles moving at speed through an open field is also a harder target to hit than target just running through an open field. The vehicle might even stop some of the bullets that would have hit you. But just because vehicles in PUBG are harder targets doesn’t mean other players won’t shoot at moving vehicles. In fact, vehicles normally attract enemy fire more often than not because they make a lot of noise and they are big chunky targets to take pot shots at.

At longer ranges, you might still be able to get away with your life if the shooters aim is off. At shorter ranges, however, you are a really easy target to take by surprise.

Duh, shooting a target in the head does more damage than shooting the target elsewhere on the body. But in PUBG the damage caused by a headshot is considerably more than a shot to any other part of the enemies body. A headshot to a head wearing no helmet with any gun is enough to kill or knock out the enemy player. A headshot with a Kar98 will knock out or kill an enemy player even if they have a level 2 helmet and full health. When my team member in a duo match get’s taken out and I’m left with only an R45 revolver, I have no choice but to aim for headshots. Absolute bonus if the heads that you have to aim at with an R45 has no idea where the shots are coming from because you keep changing your position. Surprising how much you can learn about PlayerUnknown’s Battlegrounds plays in less than 60 seconds, isn’t it?

Remember how in the previous PlayerUnknown’s Battlegrounds tip we learned more than one thing in less than 60 seconds? Well, the episode below has a whole bunch of lessons to learn, that are really best illustrated visually. So watch the video. But just in case you miss something, here are some bullet points to go with this particular episode of PUBG Tips in 60 seconds or less.

PUBG Tips – Take your time to take your shot

If you can get a headshot, you should take it. That often means waiting for the enemy to stop moving long enough that you can line up the crosshairs and take the shot. It’s always going to seem like your target might disappear behind cover before you can take the shot. But in most situations, it would serve you better to rather not take the shot if there is a chance you might miss. If you miss you give away the element of surprise and your position. In the video below I take my time to line up my shot after I heard a firefight. If my enemy was weakened from a firefight I wanted to make sure I land my shot so that I can get the kill with minimal effort. Honestly, I think I would have been happy to just hit my target at this distance, nevermind getting the headshot.

What are your best PUBG tips?

You don’t have to be the best player to have at least one PUBG tip. What are your best PUBG Tips? Let me know in the comments below or on Twitter @gevaaalikdotcom.